How Rising Corporate and Federal Debt Could Affect Your Investments 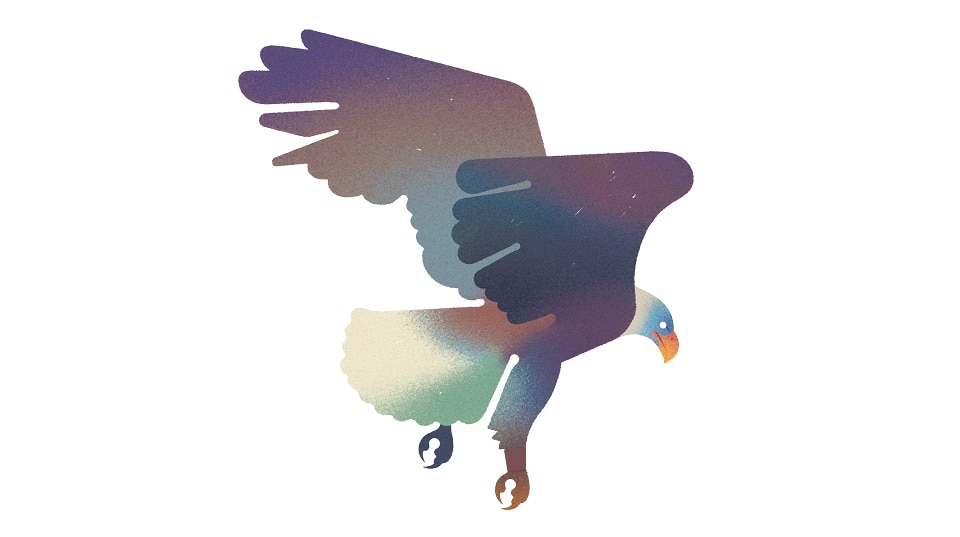 If the rapid growth of U.S. borrowing keeps you up at night, you’re not alone.

Even before COVID-19, investors had reason to be concerned about the federal debt, which, after a brief period of decline in the 1990s, has been on a steady upward march for most of the 21st century.

Indeed, the federal debt as a percentage of gross domestic product (GDP) reached 100% in the years following the 2008–2009 financial crisis, and this year’s historic pandemic-relief spending has pushed that number much higher. As of mid-2020, the federal debt stood at 136% of GDP.

This year’s historic pandemic-relief spending caused the already-elevated federal debt to jump by more than 25%. 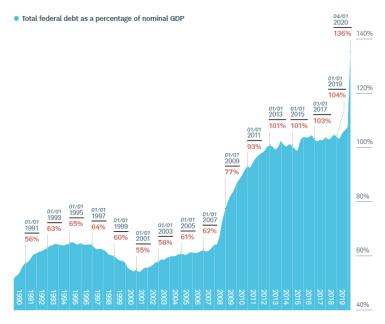 Emboldened by historically low interest rates, U.S. companies, too, have been on a borrowing binge for the better part of a decade.

Unfortunately, many businesses saw their profits evaporate due to this year’s pandemic, which ushered in a wave of corporate defaults. As of midyear 2020, defaults were rising at the fastest pace since the financial crisis, which could ripple through the broader economy if layoffs continue, suppliers go unpaid, and local and state tax revenues continue to shrink.

Let’s look at why federal and corporate debt matters—and how you might adjust your portfolio in response.

In the near term, the soaring federal debt isn’t a major concern for two reasons:

Once the economy recovers, however, the Fed will likely look to raise rates to help stave off inflation. It will also need to pull back on its purchases of Treasuries, which may require the government to pay higher yields to attract traditional big buyers like China.

Over the long run those higher interest payments will eat up more of the federal budget, potentially leading the government to cut back on infrastructure investments and other capital expenditures, which in recent years have contributed about a fifth of U.S. GDP.

“All else being equal, net interest payments over the next 10 years will crowd out government spending elsewhere. And when the government invests less in the economy, growth tends to suffer,” Liz Ann says.

When the economy is growing, borrowing typically helps businesses expand their production capacity or workforce to meet increasing or anticipated demand. However, many businesses today are turning to the debt markets simply to stay afloat.

“Unfortunately, many companies today aren’t issuing bonds to build new plants or hire new employees—they’re doing so to shore up cash reserves, which can help them weather future economic uncertainty,” says Collin Martin, managing director and fixed income strategist at the Schwab Center for Financial Research. “As a result, their future growth could be constrained as debt payments crowd out more productive investments, just as with the federal government. It might even make them riskier as they pile on debt in the face of declining profits and weaker economic prospects.”

So far, moves by the Fed to backstop that debt by purchasing corporate bonds have helped sustain demand and provided fresh capital—which has eased investors’ fears and helps to explain why stock prices have continued to rise even as other economic indicators have tanked.

However, there’s a limit to the amount of corporate bonds even the Fed can buy. For example, relatively few individual sub-investment-grade corporate bonds are eligible for purchase by the Fed due to its self-imposed ratings limitations. “Ultimately, the Fed can’t save everyone,” Collin says.

High levels of federal and corporate debt could impact the near- and long-term outlook of mainstay asset classes such as stocks and bonds. With that in mind, here are some moves that could help fortify three key areas of your portfolio:

Investors are right to be concerned about historically elevated debt levels and their effect on the economy. “You may have to put more away if you were counting on a repeat performance from the markets to help you reach your long-term goals,” Liz Ann says. “But with some planning, you can reposition your portfolio to help weather uncertainty.”

Diversification and rebalancing strategies do not ensure a profit and do not protect against losses in declining markets. Rebalancing may cause investors to incur transaction costs and, when a nonretirement account is rebalanced, taxable events may be created that may affect your tax liability.

Forecasts contained herein are for illustrative purposes only, may be based upon proprietary research, and are developed through analysis of historical public data.