How Should Retirees Respond to Inflation? 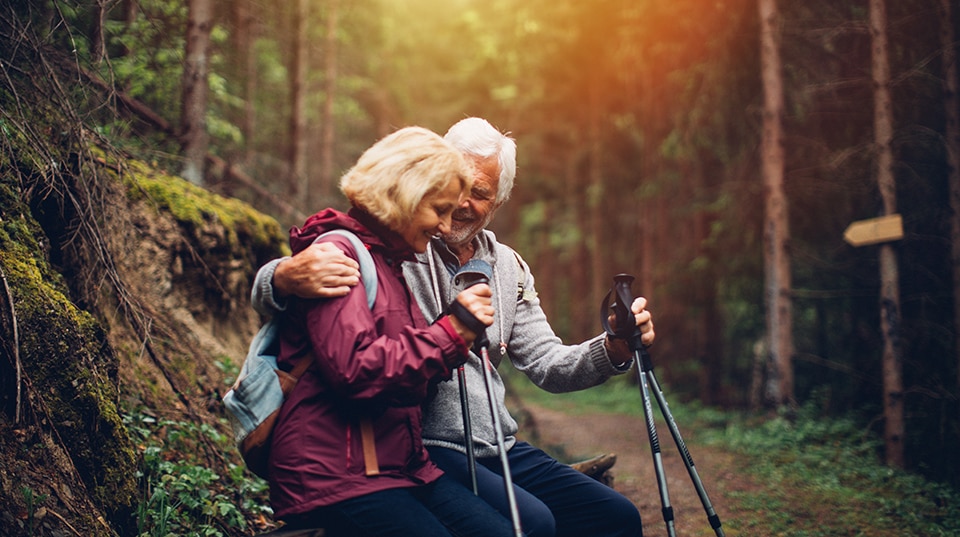 It seems like inflation worries are everywhere these days. Is it back? Is it coming? Will it last? How bad could it get?

While investors of all types may care about inflation, the issue is particularly salient for those who have retired. Indeed, in a recent Society of Actuaries survey, retirees said their second-largest concern was the possibility their savings and investments won’t keep pace with inflation (not being able to afford a nursing home was number one).

Here, we’ll take a closer look at inflation and some of the financial considerations particular to retired people.

Perhaps the first thing to acknowledge is that some inflation is actually good for the economy. When the prices of goods and services are allowed to increase at a slow and stable rate over time, businesses can invest in growth and innovation—reasonably secure in the knowledge that they can charge more tomorrow than they can today—while households can be confident that rising prices won’t blow a hole in the family budget and hinder saving.

Over time, the Federal Reserve has determined that inflation of 2% is “most consistent” with its twin mandates of price stability and maximum employment. The trouble is, inflation has remained stubbornly below that level for nearly a decade, even as unemployment fell to a 50-year low in the months leading up to the pandemic.

In response, the Fed has kept interest rates low, and even started buying bonds, both to inject more cash into the markets and keep longer-term rates down. More recently, the Fed also loosened up its targeting scheme for inflation, vowing to let price growth run a little above the 2% target before triggering an interest rate hike.

So, in a sense, the recent uptick in inflation readings is a welcome sign, indicating that the Fed’s efforts have started to pay off. Government relief and stimulus spending have also helped.

And then there’s the pandemic effect, which may temporarily be making the inflation situation seem worse than it is. Business closures and lockdowns put numerous kinks in supply chains, leading to bizarre price increases for certain materials, such as lumber. We also have “base effects,” which are unavoidable when you compare prices today—when the economy is recovering—to those a year ago—when it was struggling due to the pandemic. The same problem is showing up in gas prices, which are higher now that more people are driving (and Saudi Arabia and Russia have halted a price war that helped push prices down last year). As we move forward, those temporary effects should drop out of the data.

The bottom line is that we’re pretty far from a return to the double-digit inflation rates of the 1970s, in our view. That said, even moderate inflation adds up over time. At an average growth rate of 2.5%, prices will double in less than 30 years. But is it worth panicking?

Inflation isn’t a monolith, with one uniform rate. The cost of groceries might fall, while the cost of healthcare surges. Consequently, your experience with inflation will depend a lot on where your dollars go.

“In general, four things come to dominate most retirees’ expenses: housing, transportation, food, and healthcare. So, it makes sense to track conditions in those categories,” says Rob Williams, vice president of financial planning at the Schwab Center for Financial Research.

In fact, the Labor Department maintains a special dataset called CPI-E(lderly) based on spending patterns for those aged 62 and older.

“As of May, inflation in three of those categories remained relatively low overall," Rob says. “Given the sharp rise in transportation costs, retirees might want to approach their travel plans carefully right now.”

Inflation rates in retirees’ top-four expenses in May

“How you plan to spend your money also matters,” he adds. “Some retirees might spend more on travel and leisure in their early years, and then find those costs shrink even as they spend more on healthcare or long-term care later in life. Others might face high healthcare costs from the start.”

“Differences in spending and the way inflation affects spending power over time are why it’s so important to make sure your portfolio is diversified in a way that helps to deliver stability and growth in retirement,” Rob says. “Your investments don’t stop growing the day you retire.”

In fact, your savings may be better able to cope with inflation than you might expect. For example, stock returns hold up better against both inflation and taxes than bonds and cash investments.

How stocks, bonds, and cash investments fare against inflation and taxes. Source: Schwab Center for Financial Research with data provided by Morningstar, Inc. Indices representing each asset class are the S&P 500® Index (stocks), Ibbotson Intermediate U.S. Government Bond Index (bonds), and Ibbotson U.S. 30-day Treasury bills (cash investments). Historical marginal tax rates and inflation rates were used to adjust “Return After Taxes and Inflation.” Chart results assume a 51-year holding period, dividend payments were taxed annually at the highest marginal tax rates, and capital gains were calculated at the end of the period at the long-term capital gains rate (20% as of 2020). Indices are unmanaged, do not incur fees or expenses, and cannot be invested in directly. For additional information, please see Schwab.com/IndexDefinitions.

And when inflation rises, interest rates should follow, so assets like newly issued Treasuries and bond funds should start paying higher interest rates over time. Social Security benefits may also rise with inflation. But that’s not all.

Conventional investing wisdom includes two strategies that are relevant to how retirees think about inflation. The first is that, as you age, it’s best to scale back your riskier stock holdings in favor of more-stable bonds and cash investments. The second is the 4% rule for drawing down your savings: In your first year of retirement, you withdraw 4% of your portfolio and then adjust that amount in line with inflation each year thereafter.

While both strategies are useful starting points, they may not be flexible enough for retirees dealing with the reality of shifting economic environments. Why?

Unfortunately, inflation isn’t one of those investing conundrums where a list of three easy actions can see you through. Your personal rate of inflation may be higher or lower than someone else’s—never mind the baseline rates the Fed watches—depending on your spending needs and goals.

So, if all this talk about inflation has you concerned, it’s worth taking the time to stress test the assumptions behind your retirement plan and portfolio. You may find that your financial plan already has some robust inflation expectations built in. If not, work with an advisor to determine what could happen to your plan if inflation rises, and adjust if necessary. The economy is always shifting, and your plans might need to follow suit.