Roth vs. Traditional 401(k)—Which Is Better? 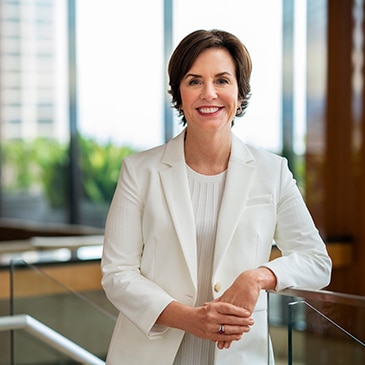 I’ve been contributing to a regular 401(k) for 8 years but my employer just started offering a Roth 401(k) plan as well. How can I decide which is best?

The sheer number of retirement accounts can make anyone's head spin. Once you've opened a specific type of account—for instance a traditional 401(k)—it's tempting to just figure you're set. But with more and more employers now offering a Roth 401(k) as well, it's smart to take a step back and consider the potential benefits of each.

You'll often hear that a Roth account, whether an IRA or a 401(k), may be a good option for young investors. That's because, typically, they're currently in a low income tax bracket, and the up-front tax deduction of a traditional retirement account is less valuable now than the tax-free withdrawal of a Roth down the road.

Lately, however, financial advisers have been pointing their older clients toward Roth accounts as well. Unlike a Roth IRA, there are no income limits on a Roth 401(k), so the door is wide open for older, higher-earning employees to get the benefits of tax-free withdrawals later on.

So how do you decide? Let's start with the basics.

It's a question of when you pay the taxes

The basic difference between a traditional and a Roth 401(k) is when you pay the taxes.  With a traditional 401(k), you make contributions with pre-tax dollars, so you get a tax break up front, helping to lower your current income tax bill. Your money—both contributions and earnings—grows tax-deferred until you withdraw it. At that time, withdrawals are considered to be ordinary income and you have to pay Uncle Sam his due at your current tax rate; there may be state taxes as well. (With certain exceptions, you'll also pay a 10 percent penalty if you're under 59½.)

With a Roth 401(k), it's basically the reverse. You make your contributions with after-tax dollars, meaning there's no upfront tax deduction. However, withdrawals of both contributions and earnings are tax-free at age 59½, as long as you've held the account for five years.

So it mostly comes down to deciding when it's better for you to pay the taxes—now or later. And that depends a lot on your timeframe as well as what the future may look like.

A tax deduction now can seem like a pretty good deal, but you have to think ahead. Under today's tax rules, every dollar you withdraw from a traditional 401(k) could be reduced 20 or 30 percent (or more!) come retirement time, depending on your tax bracket. That means that you’ll have to save that much more to fund your retirement cash flow.

If you're young and confident that you'll be earning more and in a higher tax bracket in the future, the Roth 401(k) may be a good choice. But even if you're in your 40s, 50s or 60s, you might want to take a close look at the Roth option.

Why? Because even if you end up in a lower income tax bracket when you retire, withdrawals from your traditional retirement accounts could potentially kick you into a higher tax bracket. That could increase your tax bill—including potential taxes on Social Security benefits—and may reduce your disposable income. Higher taxable income could also increase the costs of your Medicare B premiums in retirement. So giving up the tax deduction now may be well worth having tax-free withdrawals later on.

Hedging your bets with both

The good news is that when it comes to a traditional vs. a Roth 401(k), you don't necessarily have to make an all-or-nothing choice. You may be able to have both, and decide year-by-year where you want to make your contributions.

A couple of added thoughts

Like a traditional 401(k)—and unlike a Roth IRA—you do have to take a required minimum distribution (RMD) from a Roth 401(k) unless you're still working for that employer. The SECURE ACT of 2019 raised the age for taking an initial RMD to 72 beginning in 2020 for individuals not already 70½ (the previous age was 70½).

It's possible to eliminate that requirement by rolling over your Roth 401(k) into a Roth IRA. But before you make that decision, you should carefully consider others factors such as fees, legal protection, loan provisions and other particulars of each account.

If you're thinking even farther ahead to estate planning, inheriting money in a Roth could be good news for your heirs because, provided the Roth 401(k) is at least 5 years old, they wouldn't have to pay income taxes on the distributions from an inherited Roth.

It's great that you have a choice—and the best choice of all may be to invest in both types of accounts. Whatever you decide, you're already planning and saving for retirement. And that's the best decision of all.