Stocks subdued as yields and dollar continue to rise. 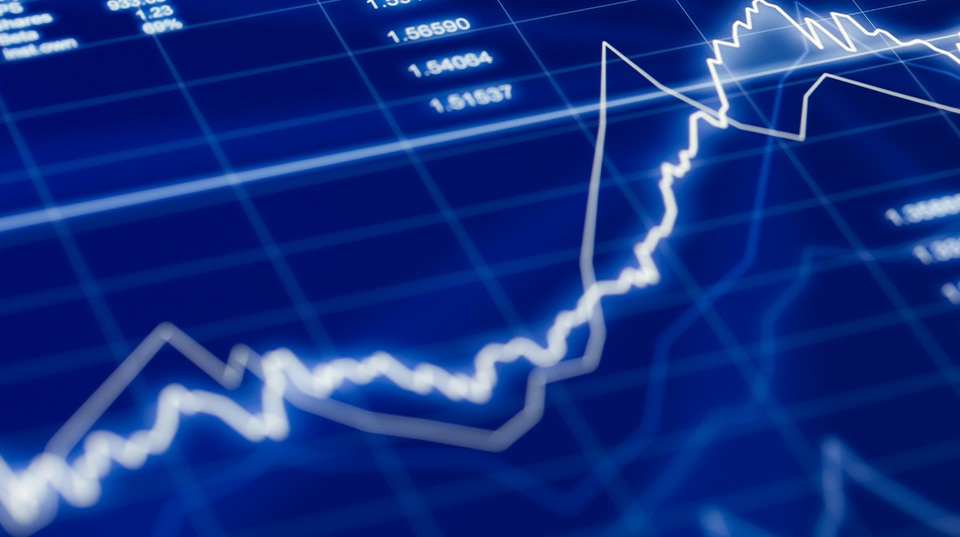 U.S. stocks are lower, continuing to give back some of the early-week rally ahead of tomorrow's key September nonfarm payroll report. Inflation pressures that have forced central bank tightening across the world remain a focus of the global markets and the equity markets rallied on optimism that appeared to emerge regarding a potential easing of the pace. However, Treasury yields and the U.S. dollar are rising, continuing to be a major source of uneasiness for the markets. Crude oil prices are gaining ground with the markets digesting yesterday's OPEC+ oil production cut, and gold has turned lower. In earnings news, Constellation Brands and Conagra are trading lower even as both companies topped earnings estimates. With the labor report looming, jobless claims accelerated slightly more than expected. Asia finished mostly higher, and Europe is mostly lower as the markets in the region contend with the myriad headwinds.

Also trading to the upside is Verizon Communications Inc. (VZ + $0.70 to $39.45) after Oppenheimer upgraded the telecommunications giant to “Outperform” from “Perform” and put a $50.00 price target on the stock. Oppenheimer analyst Tim Horan said that that he expects strong mobile bundling conversion and accelerating enterprise adoption for the company, adding that the stock price is right after years of underperformance and a 6.6% dividend yield. Calls are outnumbering puts ~4:1 with the October 7th 39.00 call leading the way (volume is 5,276).

Some unusual call activity (~100:1 over puts) is being seen in Nano X Imaging Ltd. (NNOX + $0.69 to $12.72) as option traders primarily target the 13.50 call which expires tomorrow (October 7th). Volume on this contract is 10,871 versus open interest of 43, so it’s likely that nearly all of the volume represents fresh positioning. The bulk of the transactions on this contract consisted of various-sized blocks that were being bought at various times for between $0.15-$0.30 each, which suggests bullish intent.

Moving lower this morning is AutoNation Inc. (AN - $4.54 to $100.40) after J.P. Morgan downgraded the automotive retailer from “Overweight” to “Equal Weight” and put a $125.00 price target on the stock. The brokerage cited AutoNation’s relatively bad risk/reward dynamics and believes there is a negative bias towards the franchise auto dealer space following CarMax’s results. Calls are slightly outnumbering puts with the October 21st 110.00 call being the highest volume contract (volume is 236).

Some unusual put activity is being seen in the SPDR Energy Select Sector Fund (XLE + $1.32 to $82.32) which is primarily being driven by several large block trades:

It’s difficult to be certain but it appears that the block trader either rolled up a previously held long (bearish) put position from the 50.00 to the 60.00 strike price or established a new $10.00-wide bear put spread for a net debit of $0.43 (x 25K contracts x 100 multiplier, excluding commissions).

Empire State Realty Trust Inc. (ESRT - $0.05 to $6.62): Option volume is running at over 150x the daily average on this real estate investment trust (REIT) which is primarily being driven by a 3,250 contract block that was bought on the December 16th 7.50 call for $0.25 when the bid/ask spread was $0.15 x $0.30 (open interest is 2,340). We know that this block is a new position based on the open interest figure and we can assume the intent is bullish in nature since the trade took place above the midpoint of the bid/ask spread.

The Aaron’s Company Inc. (AAN - $0.11 to $10.10): Option volume is running at ~36x the daily average on this omnichannel provider of lease-to-own and retail purchase solutions as option traders primarily target the October 21st 7.50 put. Volume on this contract is 2,313 versus open interest of 0, so we know that all of the volume represents fresh positioning (assuming no day trades). The bulk of the transactions on this contract consisted of various-sized blocks that were being bought around the same time at the ask price of $0.15 each, which suggests bearish intent.

Kronos Worldwide Inc. (KRO - $0.84 to $8.60): Option volume is running at ~30x the daily average on this titanium dioxide pigment (TiO2) producer as option traders primarily target the November 18th 7.50 put. Volume on this contract is 2,008 versus open interest of 50, so we know that the volume primarily represents opening activity. The bulk of the transactions on this contract consisted of various-sized blocks that were being bought around the same time at the ask price of $0.25 each, which suggests bearish intent.

Interested in receiving notifications of intraday unusual option trades? Follow Schwab’s Managing Director of Trading & Derivatives Randy Frederick on Twitter @RandyAFrederick who will be tweeting unusual options trades as he sees them throughout the day.

Schwab Center for Financial Research ("SCFR") is a division of Charles Schwab & Co., Inc. This material includes information obtained from third-party sources and believed to be reliable, but its accuracy or completeness is not guaranteed. This report is for informational purposes only and is not a solicitation, or a recommendation that any particular investor should purchase or sell any particular security. The investment information mentioned here may not be suitable for everyone. Each investor needs to review an investment strategy for his or her own particular situation before making any investment decision. All expressions of opinions are subject to change without notice in reaction to shifting market conditions.

The information provided here is for general informational purposes only and should not be considered an individualized recommendation or personalized investment advice. All expressions of opinion are subject to change without notice in reaction to shifting market conditions.

Options carry a high level of risk and are not suitable for all investors. Certain requirements must be met to trade options through Schwab. Please read the options disclosure document titled "Characteristics and Risks of Standardized Options".  Supporting documentation for any claims or statistical information is available upon request.

This service is for personal use only. Commercial use or redistribution in any form, print or electronic, is prohibited. All corporate names and market data shown above are for illustrative purposes only and are not a recommendation, offer to sell, or a solicitation of an offer to buy any security.

All references to subjects (securities, indexes, futures contracts, and options contracts) were derived based on screens conducted by the writer for certain anomalous activity such as volumes, volatility and other related market data. As needed for brevity, the writer may have applied discretion when choosing among screen outputs for inclusion. Such discretion may have been based on news reports or other considerations of public interest. The views or opinions are those of the writer, and are subject to change without notice. All referenced subjects were chosen for illustrative purposes only and should not be considered recommendations, offers to sell, or solicitations of offers to purchase.