U.S. Dollar Outlook: What Could a Weaker Dollar Mean for Your Portfolio? 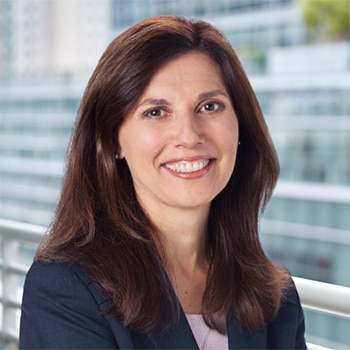 The U.S. dollar has fallen by about 7% against a broad basket of currencies since its mid-March peak. After a nearly decade-long bull market that saw it appreciate by more than 40%, we believe the dollar could be headed for a longer-term decline. Because the dollar is the world’s reserve currency, a change in its direction should be positive for growth in the global economy and for globally diversified portfolios.

The value of the U.S. dollar has been climbing for nearly a decade

Source: Bloomberg. U.S. Federal Reserve Trade Weighted Nominal Broad Dollar Index (USTWBGD Index), a weighted average of the foreign exchange value of the U.S. dollar against the currencies of a broad group of major U.S. trading partners. Daily data as of 7/27/2020. Past performance is no guarantee of future results.

The case for a lower dollar

Four factors that typically influence the dollar’s direction have shifted from bullish to bearish since the onset of the coronavirus crisis.

1. The Federal Reserve has shifted to a zero-rate policy.

Real yields have fallen during the past few months

Source: Bloomberg. Shows real yields for 10-year bonds and two-year notes using the core Consumer Price Index (which excludes food and energy prices) as the measure of inflation. Data as of 7/27/2020. Past performance is no guarantee of future results.

In addition to shifting to a zero-rate policy, the Fed also sharply increased access to U.S. dollars through its swap facilities with other central banks, increasing the supply of dollars in the global economy and enabling greater access to dollars to a wide set of economies at lower cost.

2. U.S. growth likely will underperform other major economies due to the coronavirus.

The slow U.S. response to the coronavirus crisis has altered expectations about economic growth relative to major country peers. Outbreaks in Europe and China appear to have peaked, while in the U.S. cases are still rising. Consequently, the U.S. economic recovery is likely to take longer, with higher unemployment and weaker consumer spending. Finally, U.S. fiscal policy has been more fragmented than the response in Europe or Asia. The European Union’s recovery fund marks a step toward greater mutualization of debt—a factor that can reduce the perception of risk around the euro. Recent purchasing managers index (PMI) data suggest that the U.S. economic rebound is leveling off while growth is rising in most other regions.

PMIs indicate the U.S. recovery is lagging other major countries

Rising tensions between the U.S. and China, as well as the upcoming presidential election, make the outlook for the U.S. less certain. With less clarity about the direction of policy or its implications for the economy and regulations, foreign investors may begin to shy away from U.S. investments. While the dollar is still a safe-haven currency in times of global turmoil, in the absence of a crisis, the outlook for other countries looks more predictable.

4. Increasing U.S. budget deficits will need to be financed with foreign capital.

Rising U.S. budget deficits along with easier monetary policy could weigh on the dollar. Because the U.S. is a net debtor nation, a rising budget deficit needs to be financed with foreign investment. Historically, a rising budget deficit has often been a leading indicator of dollar weakness. Financing ever-rising deficits over the next decade with foreign capital could create a supply/demand imbalance. In the absence of higher interest rates, a weaker dollar would make U.S. investments more attractive to foreign investors.

U.S. federal deficit is projected to grow sharply as a percentage of gross domestic product

A weaker dollar should be positive for the global economy, especially commodity exporting and emerging-market (EM) countries. Because many global goods are traded in U.S. dollars, a lower dollar makes goods more affordable for foreign buyers, benefiting commodity exports. It also reduces the cost of servicing U.S.-dollar-denominated debt. Emerging-market borrowers have splurged on dollar-denominated debt over the past decade, more than doubling the amount outstanding. Domestically, a weaker dollar can help make U.S. exports more affordable and boost economic growth while raising inflation by pushing up the cost of imported goods.

For investors, a weaker dollar should benefit more globally diversified portfolios. Movements in currencies can have a large impact on returns in global bonds. In the past, returns in foreign bonds have been driven by a combination of the coupon income and currency change. A weaker dollar removes one of the headwinds to returns in foreign-currency-denominated bonds.

Note: A full market cycle, peak to peak, was used. The dates of the cycle are December 2007 (the end of the previous recession) to February 2020 (the beginning of the most recent recession).

Our outlook for the dollar

We expect the dollar to move lower over the next year or two. In the past, the dollar has moved in very long-term cycles, so this could be the start of an extended decline. However, we are not in the camp that sees a major crash. The dollar’s recent decline has already taken it back to near its five-year average.

Nor do we see the dollar losing its reserve status any time soon. A shift of that magnitude would likely require major changes in the global financial system and a viable alternative currency. The euro may be a contender, but its financial markets are too fragmented to meet the needs of global investors. China’s currency isn’t even freely tradable because the country has capital controls in place and it only accounts for about 2% of global financial transactions. The dollar can and has fluctuated widely over time without changing its reserve status.

A cyclical decline in the dollar seems more likely. It rose more than 40% from its low point in 2011 before peaking in March. A drop of another 5% to 10% would not be surprising, and would likely benefit the U.S. economy. For investors, the potential for more dollar weakness underscores the value of holding a globally diversified portfolio.

The Purchasing Managers’ Index is a survey-based economic indicator designed to provide a timely insight into business conditions. The PMI is widely used to anticipate changing economic trends in official data such as GDP, or sometimes as an alternative gauge of economic performance and business conditions to official data, as the latter sometimes suffer from delays in publication, poor availability or data quality issues. The PMI is produced globally by IHS Markit although a small number of trade associations also produce local PMIs in certain markets, such as the ISM in the United States.